The Indian Army arrives in France

100 years ago today, the first Indian Army troops had landed in France and would soon be thrown into the fighting on the Western Front.  They had arrived in Marseilles dressed in khaki drill uniforms – clothing not suited to the European climate. They wouldn’t be equipped with standard British Army battledress until the end of 1914. 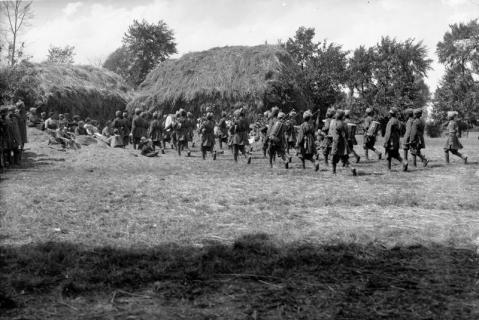 Image © IWM (Q 28789) – Band of the 40th Pathans playing in a meadow beside a French village watched by men of the regiment and French civilians.

Perhaps within that context, it’s no great surprise that the Indian soldiers were only issued the Lee Enfield rifle – the standard British Army infantry weapon – once they’d arrived in the Ypres Salient. 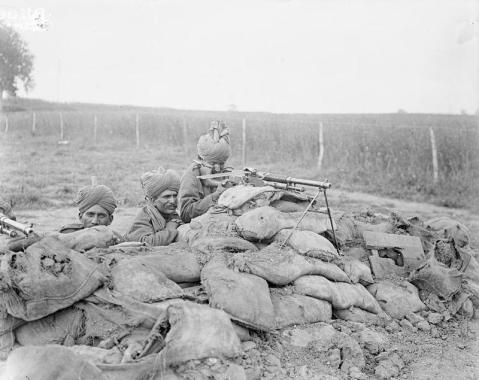 The Indian troops fought at Wytschaete and Messines, Neuve Chapelle, Festubert and Givenchy. They suffered terribly in the cold and muddy conditions. The Germans also attempted to take advantage of their relative inexperience, sometimes falsely flying white flags to make the Indian soldiers believe they were surrendering. This led to a command being issued that all white flags should be fired upon. Eventually, conditions became so bad that a retreat was ordered. At the same time, the Germans fired a mine they had dug beneath the Indian positions. An entire company – 200 men – were lost without trace.

In just a matter of weeks, the Indian troops had lost well over 2,000 men killed, along with numerous casualties. 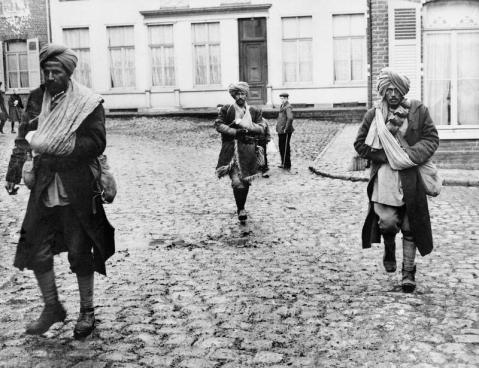 Image © IWM (Q 53348) – A group of wounded Indian soldiers walk across the cobbles of a French village.

The Indian soldiers continued to fight bravely on during 1915, with further heavy losses. Morale declined dramatically. Replacement officers did not speak the language of their troops and often had no understanding of the traditional Indian Army culture. Reinforcements to the ranks were also drafted from any regiment and had no cultural affiliation to their new units. The structures the soldiers operated within broke down.

Finally, during the latter months of 1915, the Indian regiments were withdrawn from the Western Front and went on to serve with great distinction in other theatres. Two Indian cavalry brigades did remain, fighting until the end of the war with great bravery.

You will shortly be able to follow the stories of these troops – the National Archives have finished digitising a number of the Indian Army war diaries and we look forward to loading them into Operation War Diary for tagging in the very near future.

As part of an ongoing blog feature, researchers involved with Operation War Diary will be introducing themselves and discussing what the project means to them and their work. This week Chris Kempshall, Project Officer for East Sussex County Council’s WW1 Commemorations preparations and Visiting Researcher and Associate Tutor at the University of Sussex, talks about his research interests and how Operation War Diary will help him develop them further.

Over to you, Chris! 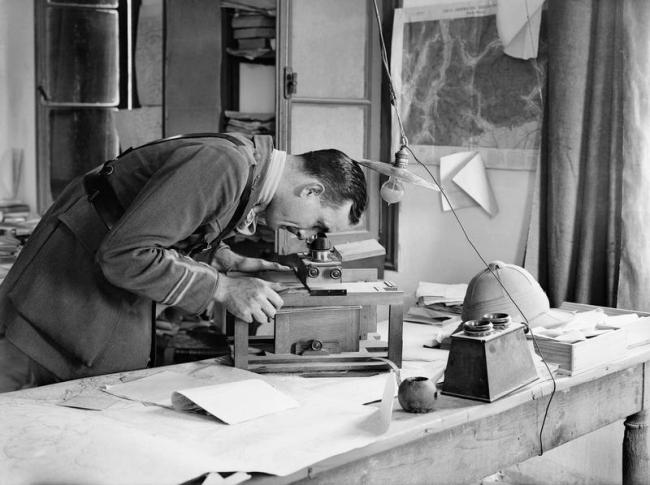 I have had a circuitous approach to the field of First World War studies with my initial university BA degree being in Media Practice and Theory, followed by a Masters in Contemporary War and Peace Studies. It was when I encountered theories of the ‘myth’ of the First World War during history related courses in my undergraduate that the war first took hold as an interest of mine and Dan Todman’s work on the subject cemented my interest in the field. At the time, rather naively, I found the idea that history could somehow lie or lack truth to be extremely unfair.

From this starting point I then, over the course of a few years, ended up becoming more intrigued with the nature and construction of the First World War. The original notion behind my PhD thesis was to examine whether the British and French had competing or complementary ‘myths’ of the First World War but it was during that early research that I realized that the relationships between British and French soldiers had been largely overlooked and the more I examined it the more interested I became. The article Elizabeth Greenhalgh wrote on ‘Parade Ground Soldiers’ proved to my mind how important an area this could be.

As a result my research now focuses predominantly on the interactions and relations between allied soldiers of different nationalities. My PhD thesis moved on to focus on the relations between British and French soldiers on the Western Front. Whilst previous studies have touched on the relations between common soldiers, this has often been within specific case studies. I drew particularly on the contemporary diaries, letters and written records of British soldiers within the Imperial War Museum and also the postal censorship records of the French army at the Archives de l’armee de terre in order to trace the nature and evolution of these relations across the war.

One of the main areas of interest for me with Operation War Diary has been examining the records which report on interactions between different allies. Having just recently been appointed to the Academic Advisory Board for the Imperial War Museum I am extremely excited at seeing the results of all this public research.

Alongside my research I also teach and lecture on a First World War course at the University of Sussex and, for the next eight months, am the Project Officer for East Sussex County Council’s ongoing project of World War One Commemorations. I am also preparing my PhD thesis for possible future publication.

You can make a real difference to Chris’ work by using the hashtag #alliedrelations if you come across anything you think might be relevant while tagging the diaries. Relationships don’t need to be limited to those between the British and French forces!